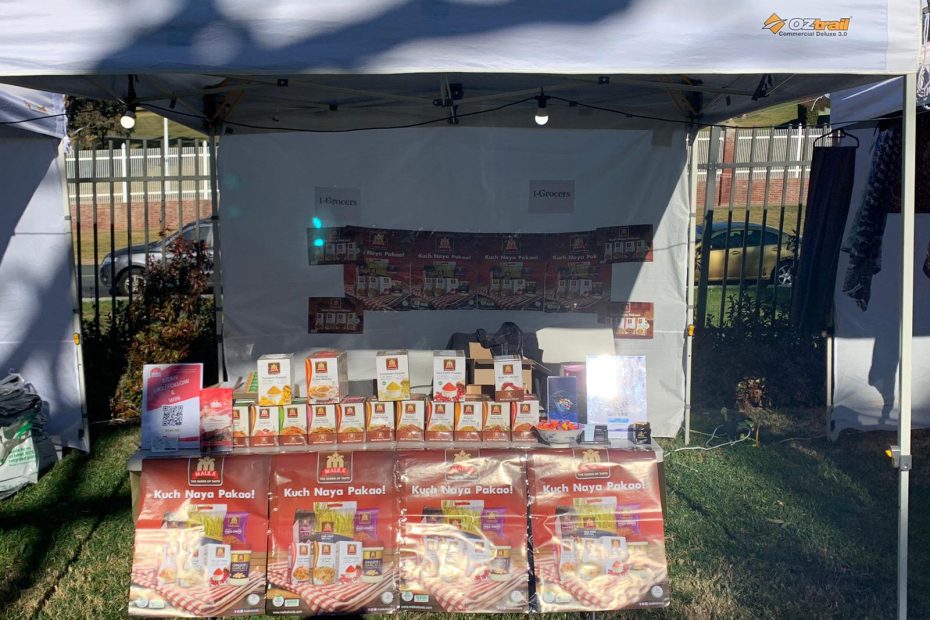 The Mango Festival in Canberra, the first of its kind, was attended by more than 5000 people including diplomats, foreign delegates, people from diverse Australian communities, and the Pakistani diaspora in Australia. They were overwhelmed to see the season’s delight and enjoyed the taste of the juiciest and sweetest Pakistani Mangoes.

MO Baqir, from iGrocers Pty Ltd.[1] sister concern of Unilakes Technologies attended the event. iGrocers stall displayed ready-to-add/ packaged spices from Malka Foods, Arabic Bakhoor, and perfumes from Aldiaa Trading. To keep the audience engaged and involved, iGrocers arranged a raffle draw in which people have to scan and LIKE the Unilakes and iGrocers social media pages. The stall received great appreciation from the attendees. People really enjoyed the activity and received overwhelming participation.

The event ended with live music and qawwali followed by a closing speech and award distribution from the Pakistan High Commission to the participants of the event. High Commissioner Zahid Hafeez Chaudhri said the festival would help promote Pakistani mangoes in the Australian market. He said the High Commission is working with the local authorities to make the Pakistan Mango Festival a regular feature of Canberra’s cultural scene.

Unilakes and iGrocers received the souvenirs to thank the contribution they made to the success of the Mango festival on a great scale. Such events are important to promote the soft impact of the country and give chance to attract tourists and interest from locals, iGrocers wants to thank the Pakistan High Commission and the loving people of Canberra for coming and showing their support towards Pakistani products.